An official event bringing together our customers and partners, the press and the local authorities took place on Friday the 20th of April at the Clinique romande de réadaptation, to celebrate the biggest social insurance in Switzerland's 100th birthday.

During one of the strongest industrial revolutions, the population adopted, in 1912, a law concerning illness and accident insurance. In that same year, the Confédération ordered the foundation of the Swiss National Insurance  Fund to be used in case of accident which officially began its activities on the 1st of April 1918. That was 100 years ago.

This insurance – today called the Suva – adopted the social partnership model. Its objective: to proceed in introducing an obligatory accident insurance for a majority of manual labour workers, taking into consideration technical progress and the increase in the amount of risk these workers were taking. Over the years, the Suva has developped a model unique in Switzerland efficiently uniting insurance, rehabilitation and prevention. Today, this winning formulae is deeply anchored within the social insurance field. You can find all the information on www.suva.ch.

The agency in Sion

Media coverage of the Suva in the Valais's 100th anniversary 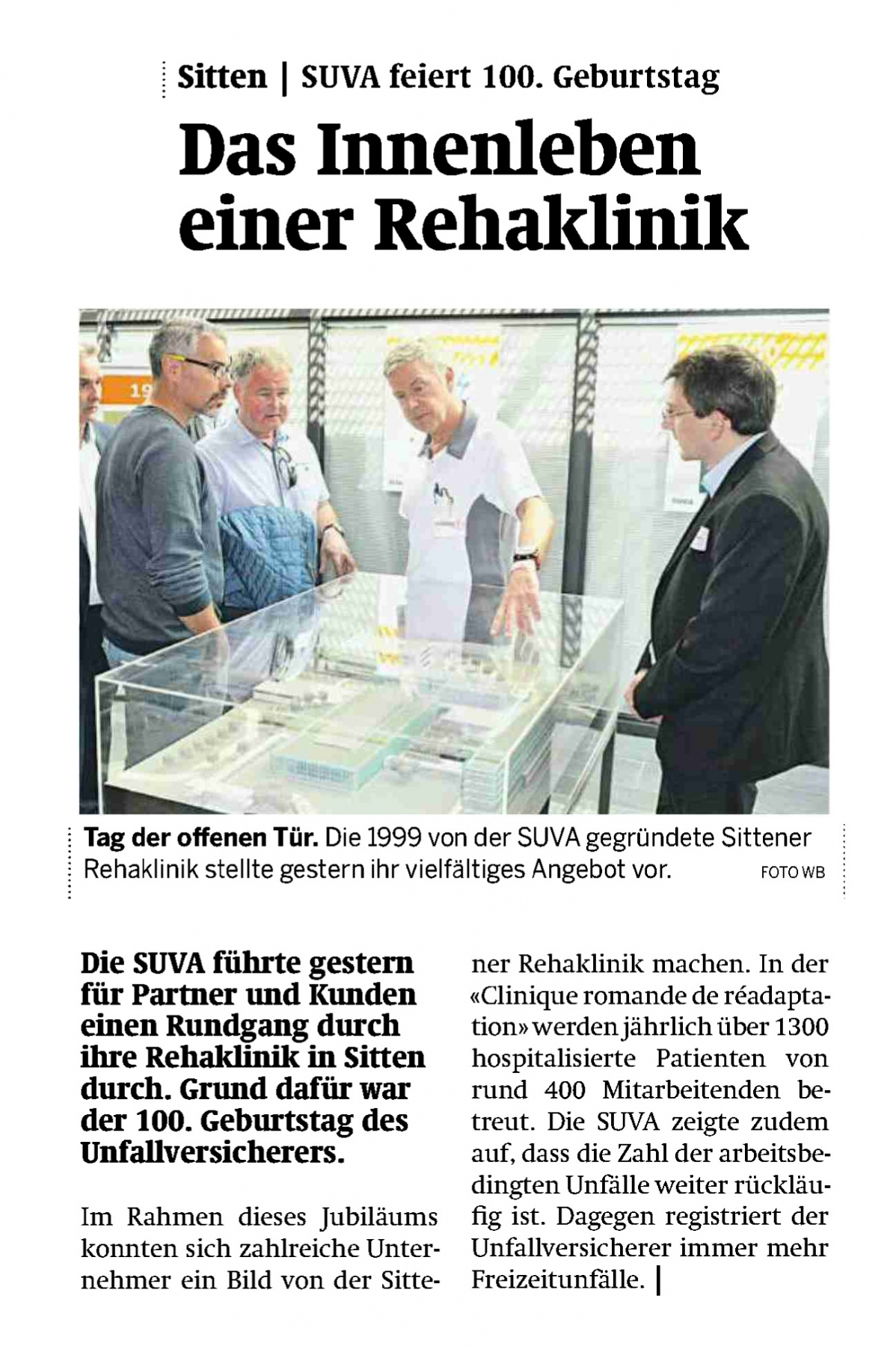 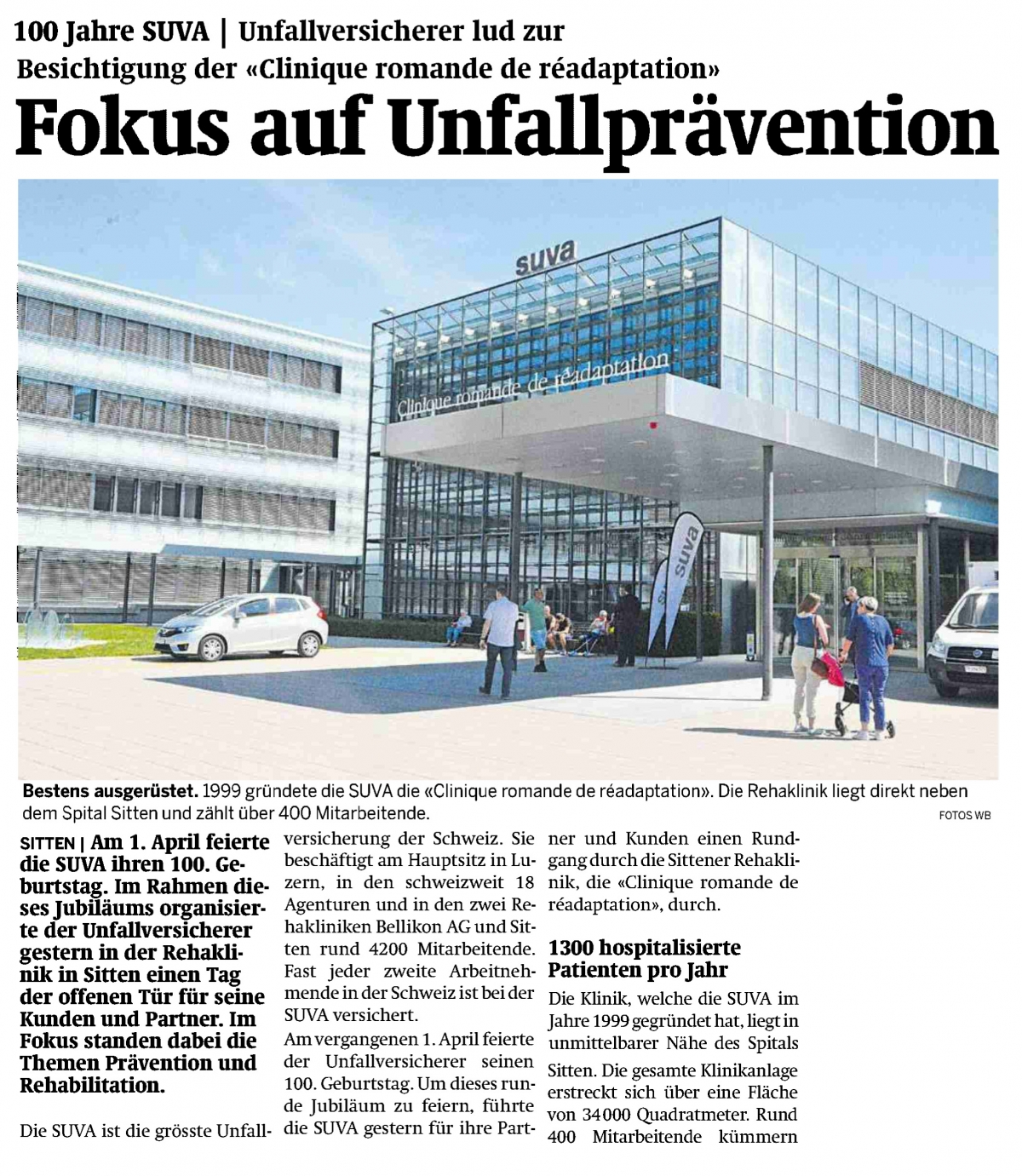 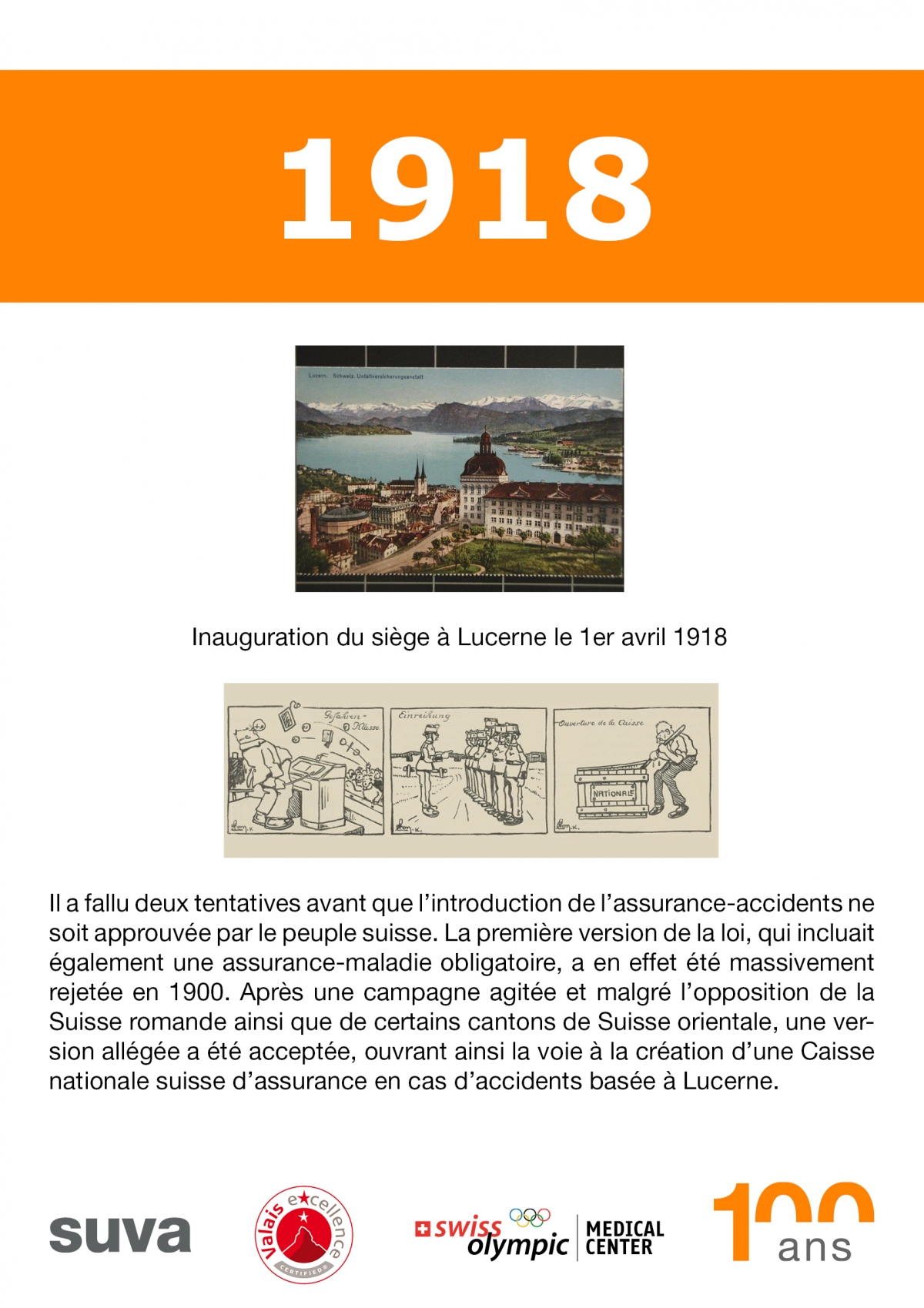 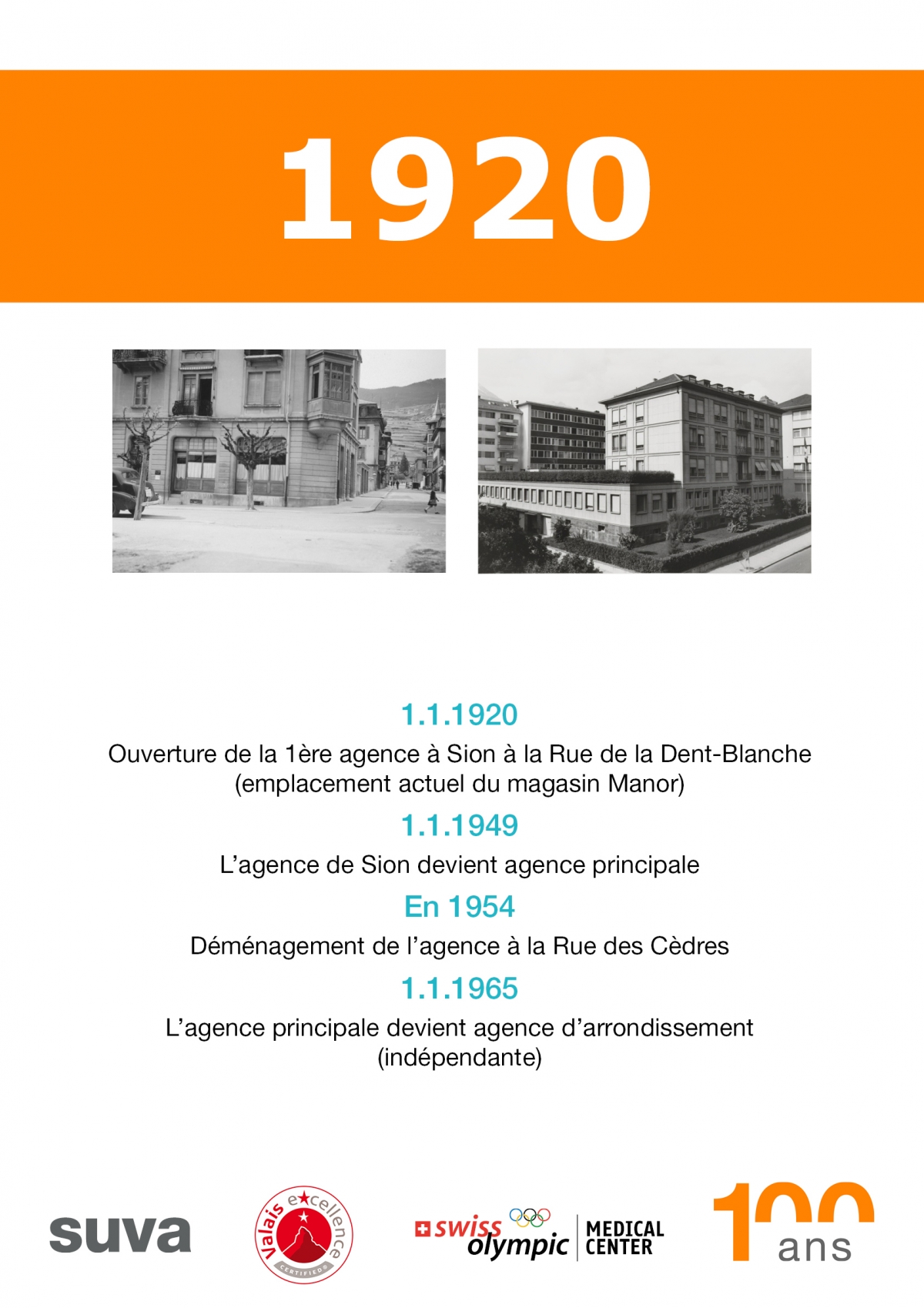 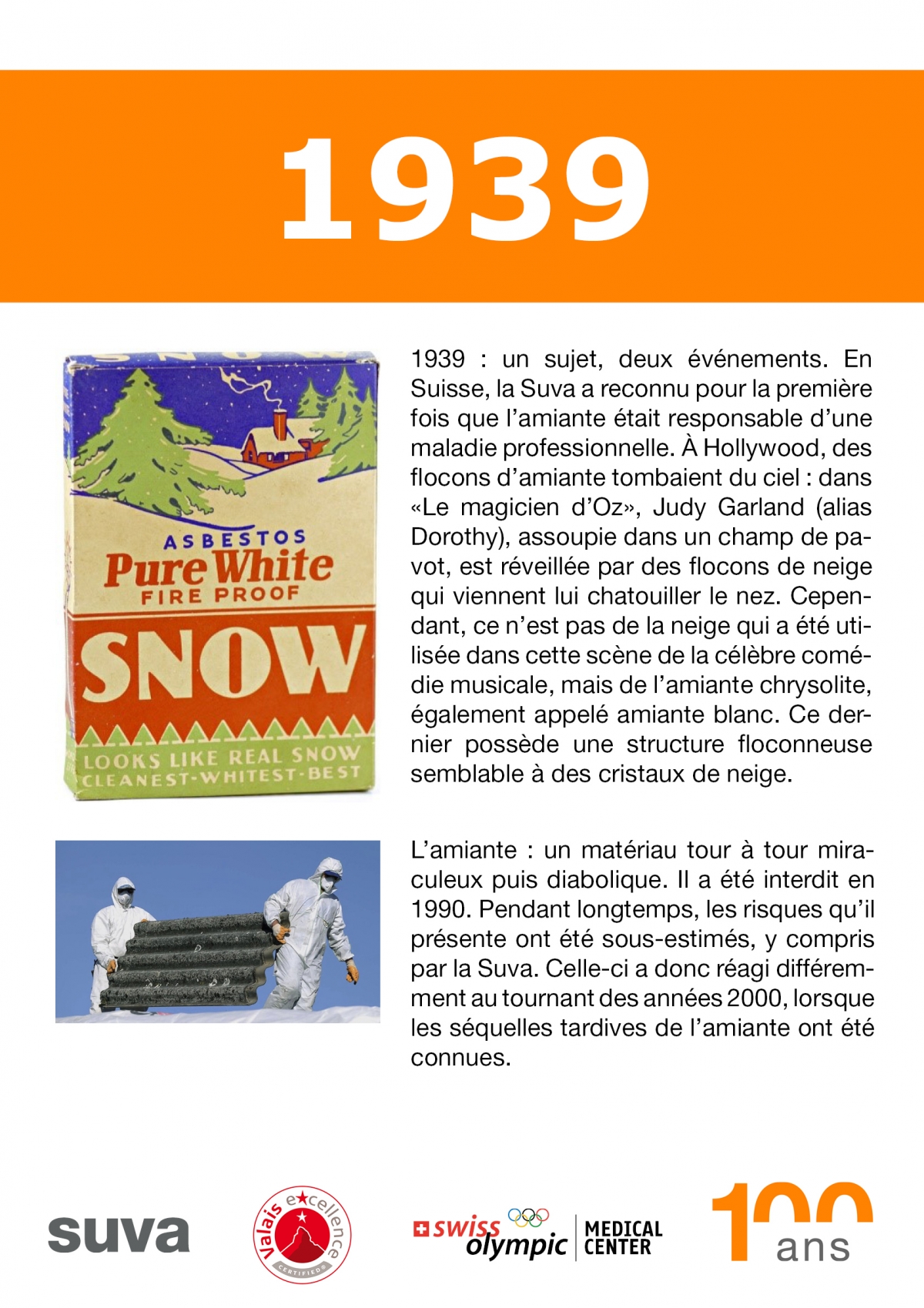 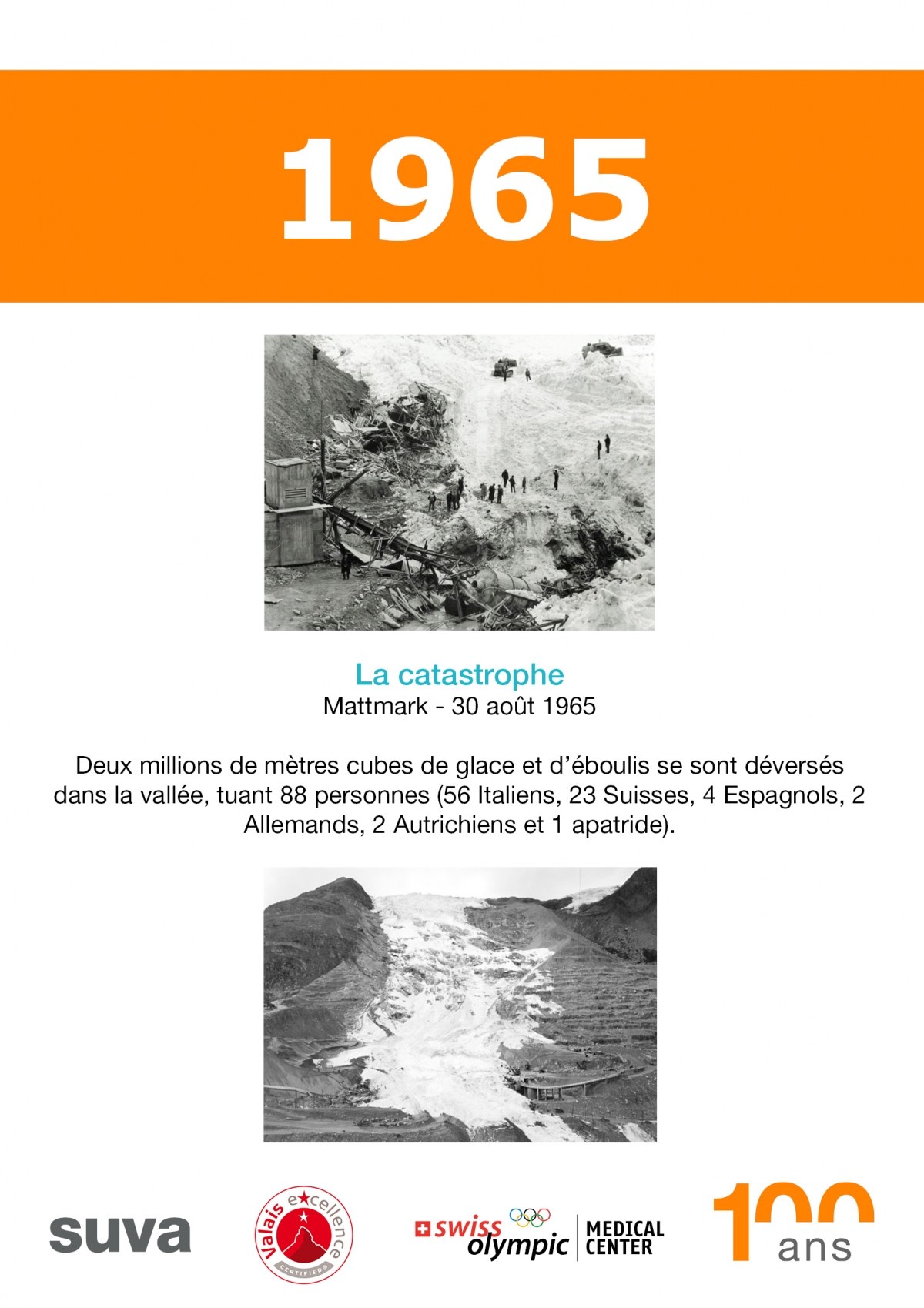 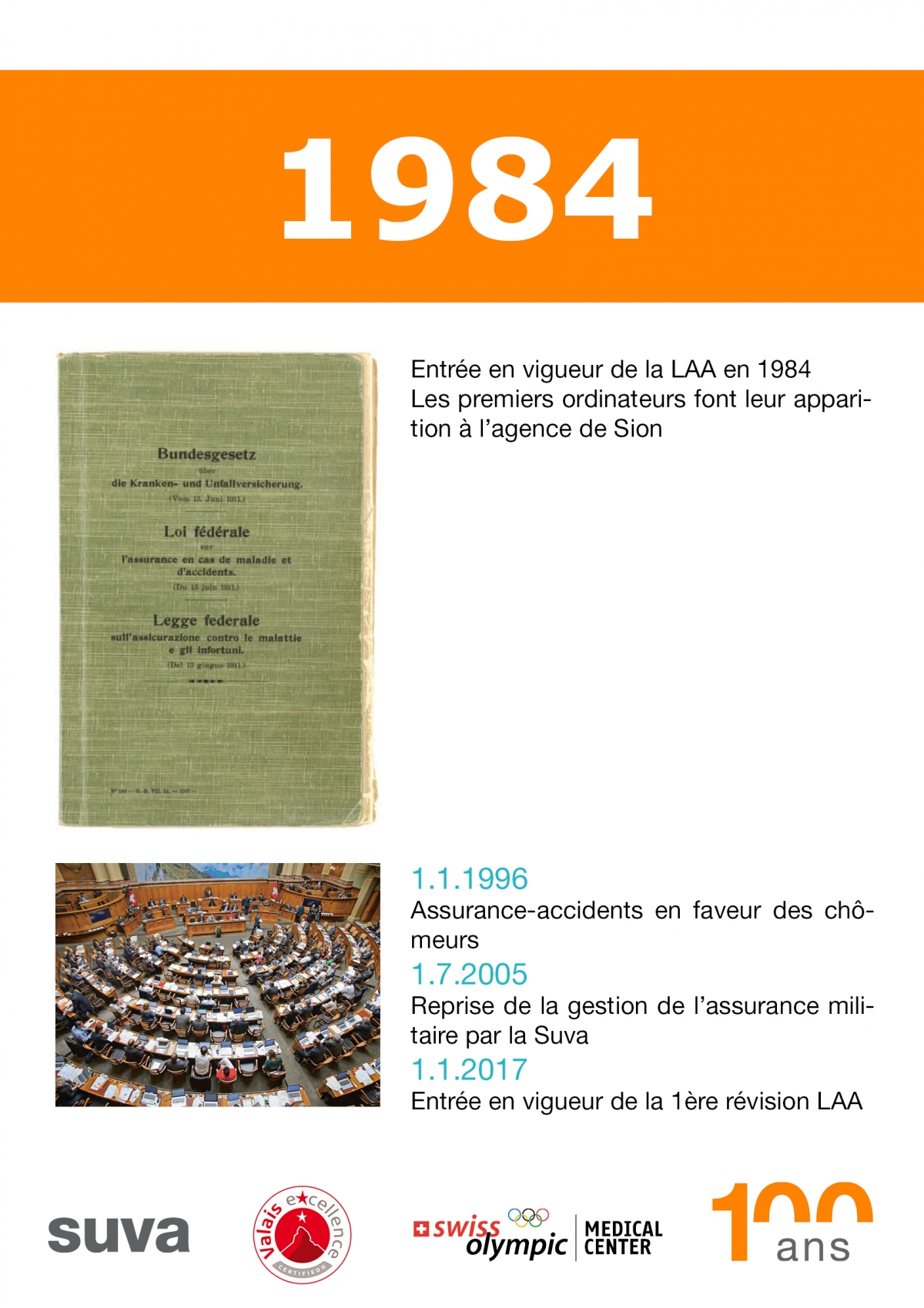 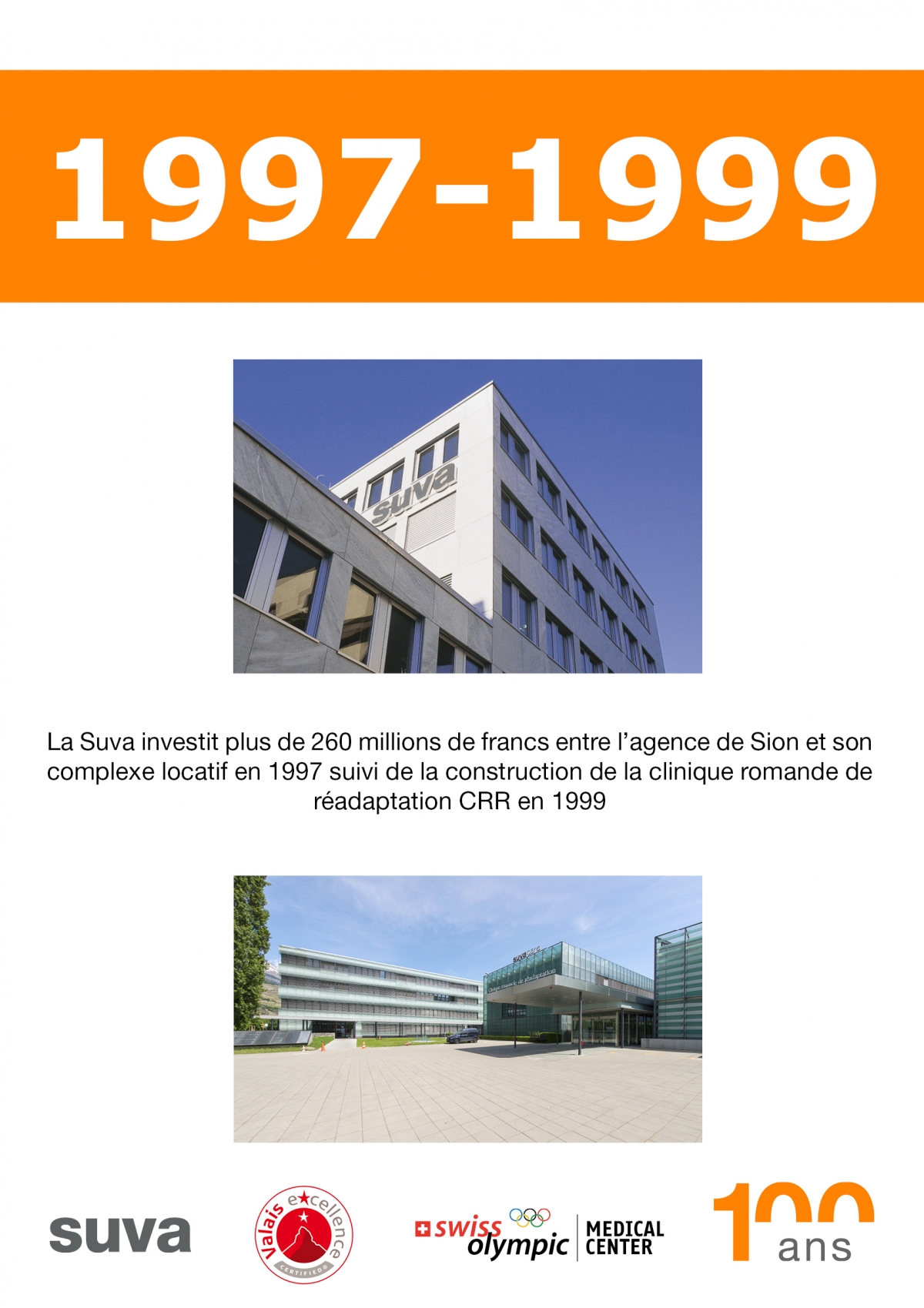 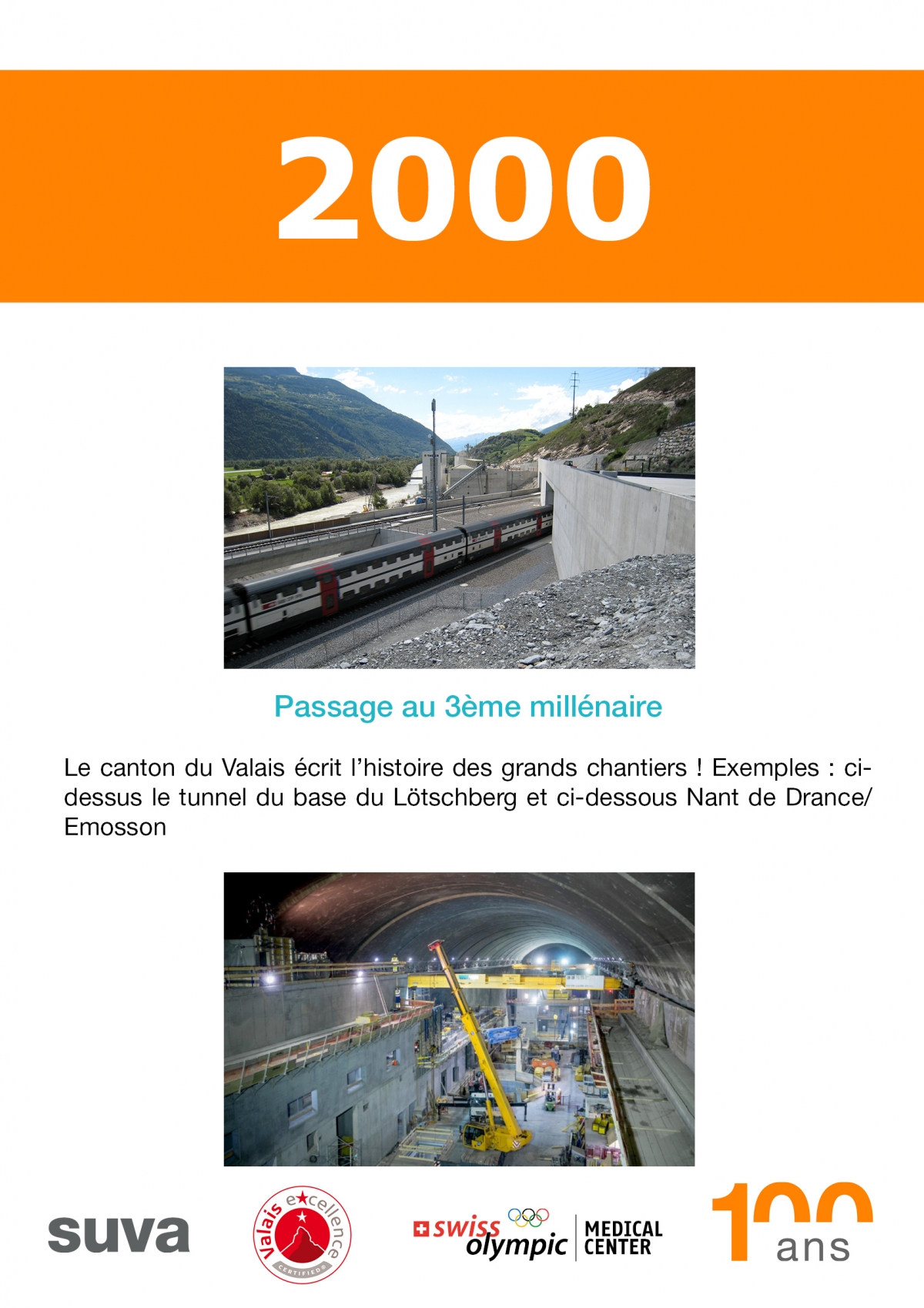 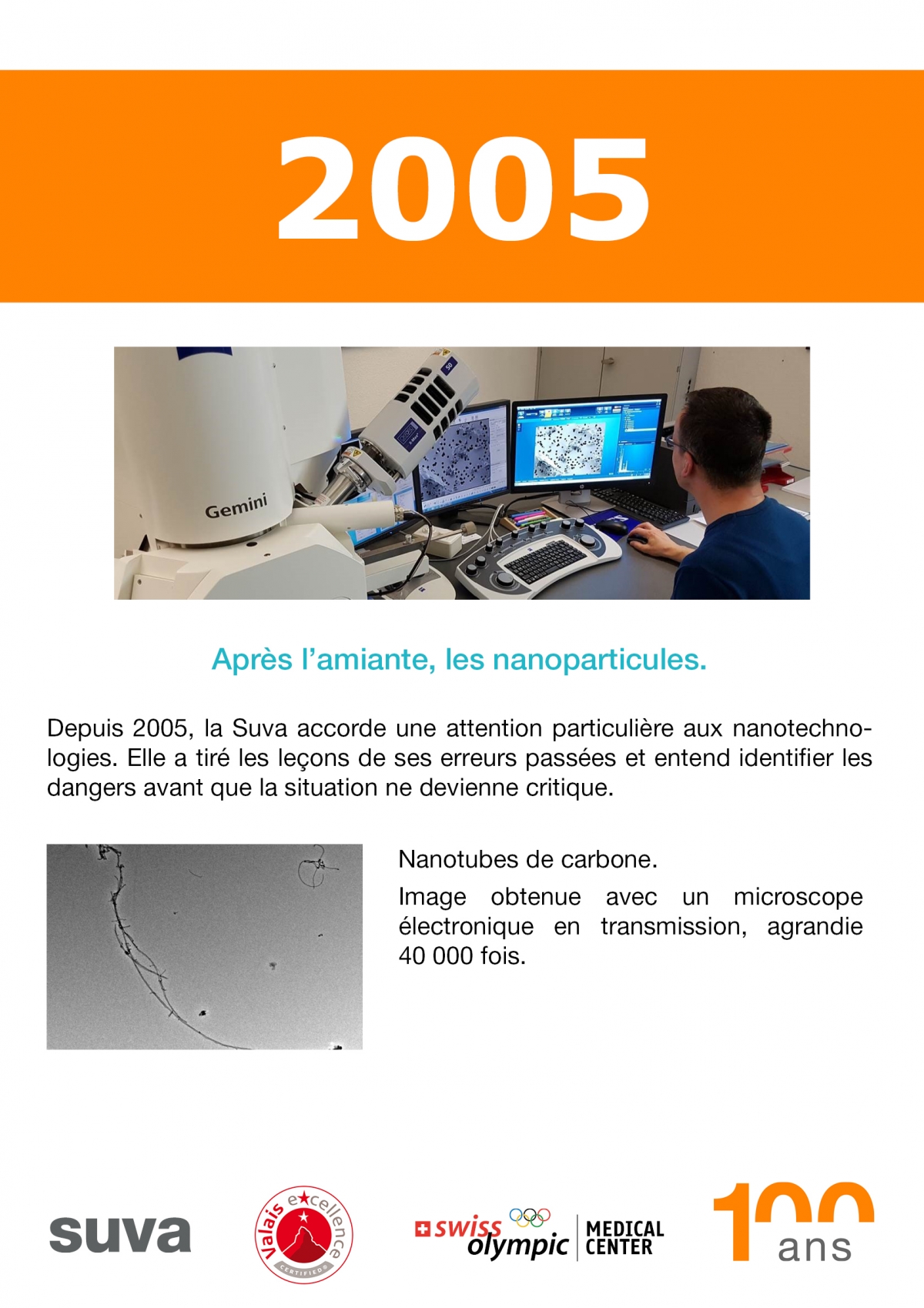 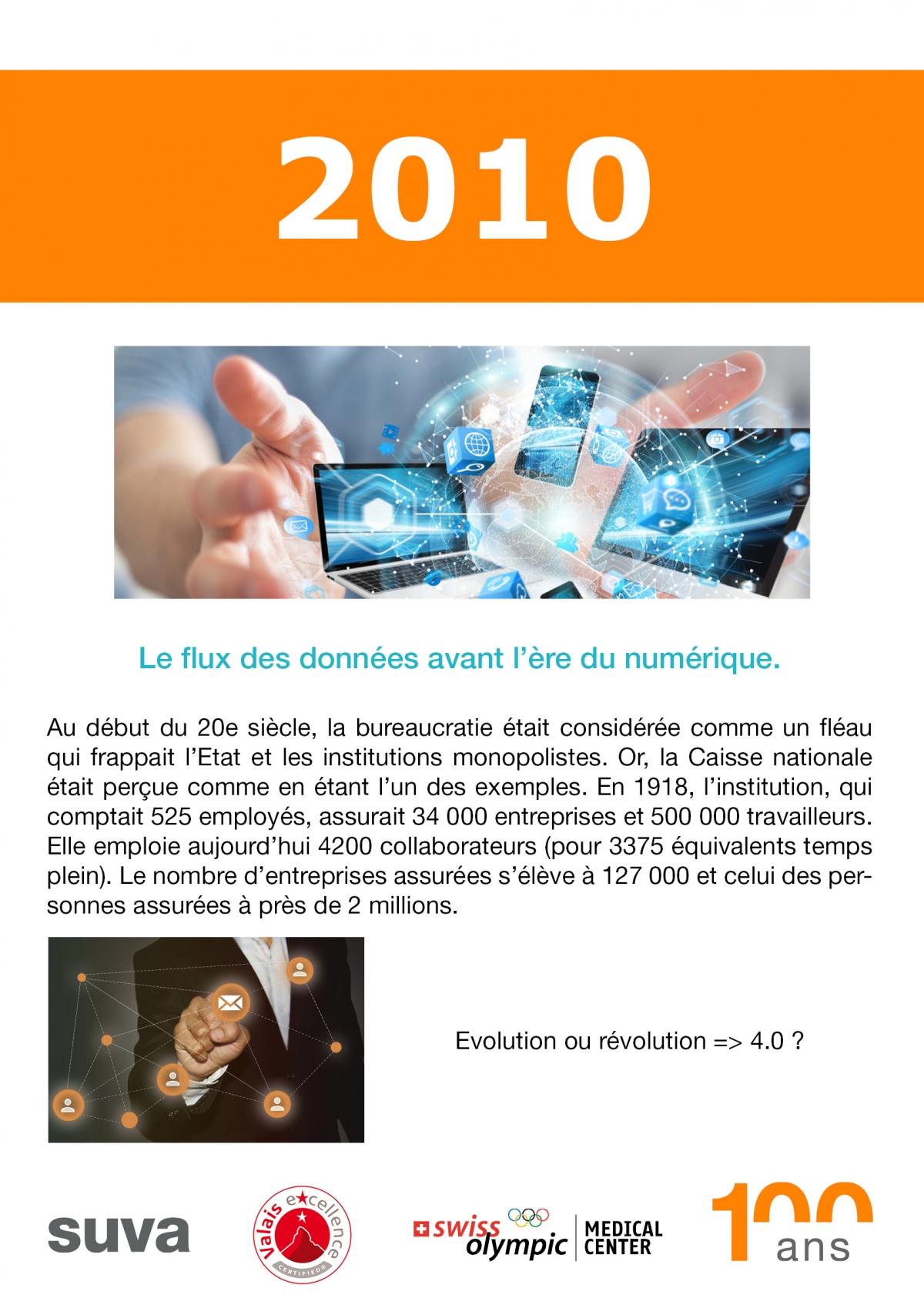 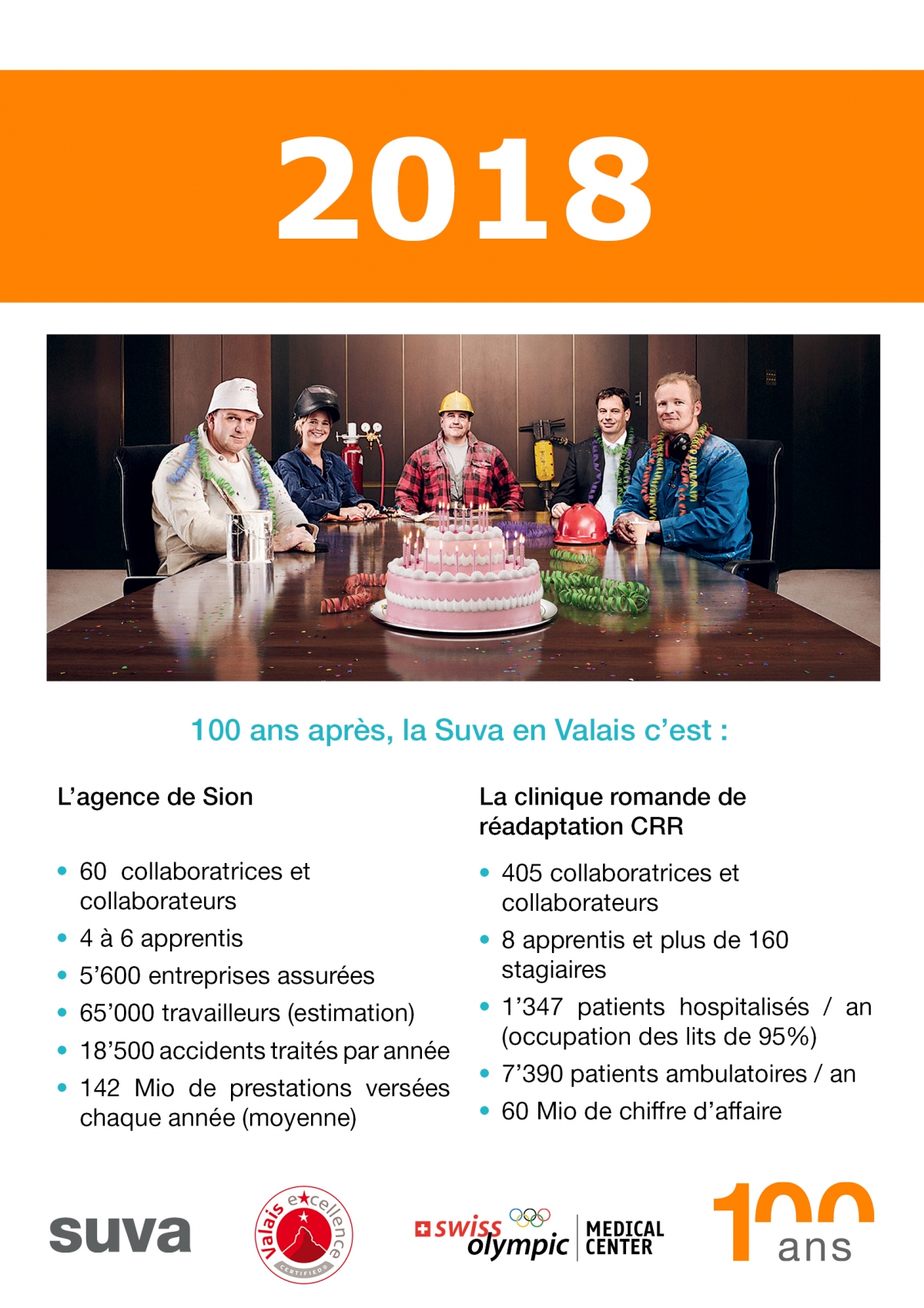