What a long way we have come since the opening. 20 years that the Clinic welcomes, cares for and listens to the needs of its patients in the filds of orthopedic and neurological rehabilitation, as well as paraglegia. 20 ans which have seen an incredible evolution and led to the CRR becoming a leader in the field of cutting rehabilitation in the French speaking part of Switzerland. Two figures allow us to illustrate this development :

The CRR is therefore a key player here in the French speaking part of Switzerland in the field of rehabilitation and a supplier of medico-therapeutic services which perfectly integrates it within the regional health system, whether it be through its specialized consultation centre or through its therapeutic treatments.

To celebrate this jubilee, various events are taking place throughout the year.

A book of souvenirs

In this digital era, it is maybe no longer very trendy to publish a book. However, as only written prose remains and as this milestone represents  whole generation, it was decided to edit a book re-tracing the Clinique romande de réadaptation's story, from its creation to today. This book is to be presented on November 14th 2019, on the occasion of the official 20th anniversary event which takes place during the Salon Planète Santé (exhibition), at the CERM in Martigny.

The sculpture of hope

The « Phare de l’Espoir » is an original idea proposed by the artist Pascal Bettex through  participatory funding to which the Clinic has contributed. This kinetic sculpture « Tinguely style » has been created with the objective of keeping a 'sustainable' souvenir of 20 years in this institution. It is made up of objects reflecting the world of handicap which has permitted to make a link between rehabilitation and a message of hope and reassurance to patients and visitors alike. The sculpture can be seen since March at the Clinic's cafeteria. 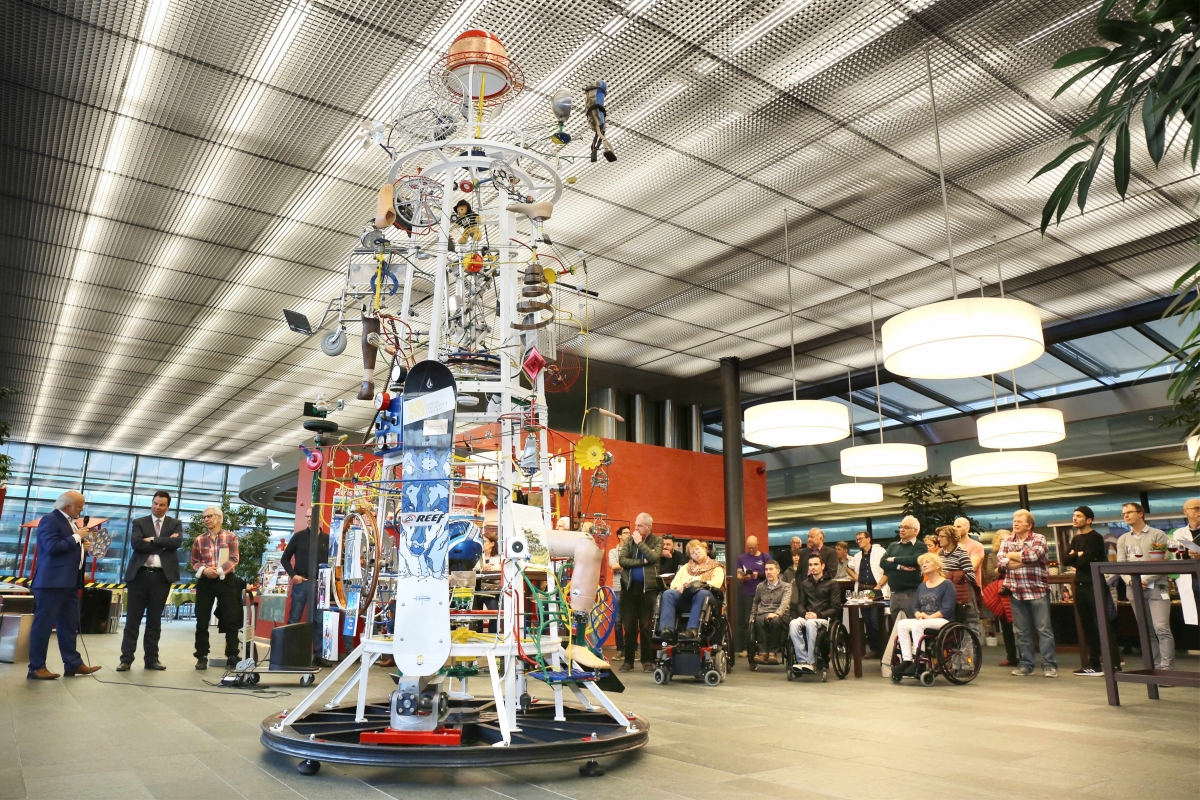 Since the beginning of the year, the Clinic is using a new visual identity, more modern and compatible with the corporate image of its sister clinic in Bellikon (AG). In fact, the visual identity allows us to keep and reinforce our position and to give a welcome touch of freshness. The original name of the Clinique romande de réadaptation remains and appears on the « base line » of the logo. The visual puts forward the « CRR » and Sion, allowing us to strengthen the identity of the Clinic and its location

A particular celebration and a festive meal for our patients, a celebratory party for our staff, presence at the 180 degrés and the Planète Santé exhibitions open to the public, as well as the hosting of the Swiss congress for Physical Medicine and rehabilitation, those are the highpoints of this year 2019, because 20 years, deserves a celebration !

To celebrate its 20th anniversary of the CRR, six video capsules have been produced to allow viewres to learn about this institution and understand its aims. To be available over the next few weeks.

Episode 1 - The beginning of the CRR

Problems with the player ?

Episode 2 - A rehabilitation clinic, what is it?

Episode 4 - The specialities of the CRR 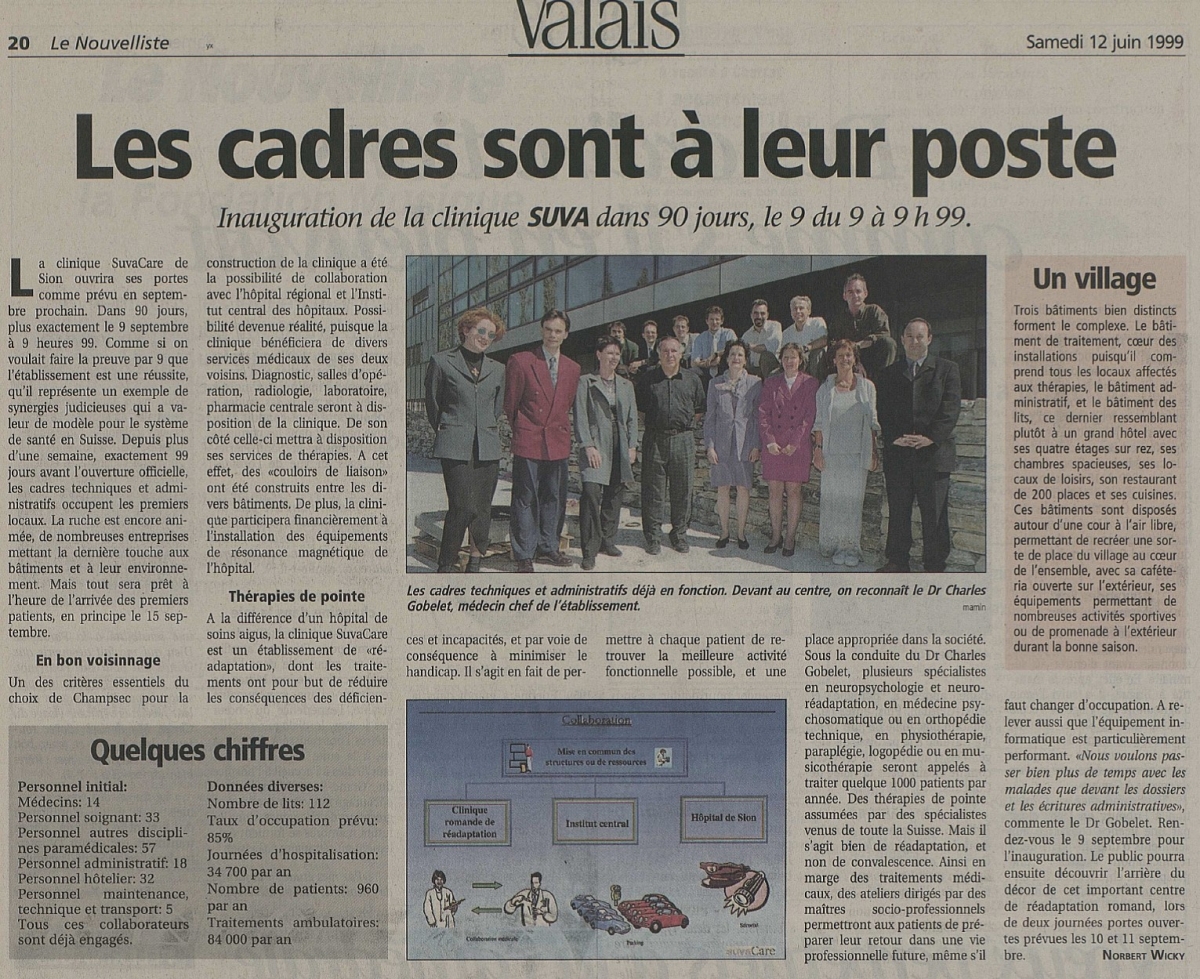